The Hindu god Ganesh is known as the overcomer of obstacles. A particular obstacle in electronic music production (IMHO) is basic repetition, and overly ‘loop based’ musical structures. Many production tools subtilty promote loop-based practices though the implementation of binary possibilities for musical events in pitch and time. The aim of the Ganesh Sequencer is to provide a probability-based approach to sequencing musical events. This is not a new concept compositionally or technically, and many great tools are already available such as the Malekko Varigate and Winter Moduar’s Eloqeuncer to name a few.

The Ganesh is a probability based hardware sequencer built for the eurorack modular format. The device provides 3 channels of 16 step sequencing. Each potentiometer sets the probability of a trigger occurring on a specific step (0%-100%). The device has two gate outputs per channel for sequencing external sources, as well as two audio outputs for internal sample playback. The sequencer accepts modular clock and reset signals.

The sequencer runs on a full sized Bela attached to the Mux Cape, which multiplexes the standard 8 analogue inputs to provides 64 at a reduced sample rate. 48 inputs are used for the potentiometers and two more for clock and reset inputs. The gate outputs for each channel are sent from the native analogue outputs on the Bela. Bela’s audio outputs are also used for user defined sample playback. All 16 of Bela’s digital pins are have been used as outputs to trigger the LEDs.

The software side of the project is really simple. On each step, the value of all potentiometers are read and scaled to a range of 0-100. This value is then compared to a randomly generated number of the same range, the likelihood of an event calculated and a trigger signal generated. The internal sample based sequencer supports user supplied samples and has 16 voices to aid polyphony for longer samples. Due to Bela’s ultra low latency operation, the system is fully real-time and unhindered by latency or jitter issues.

The sequencer can be seen in use the video linked below. The modular system is clocked by a TR808 drum machine, which also provides the drum track. The three channels of the sequencer control generative patterns for the keyboard, hi-hat and baseline parts of the arrangement. 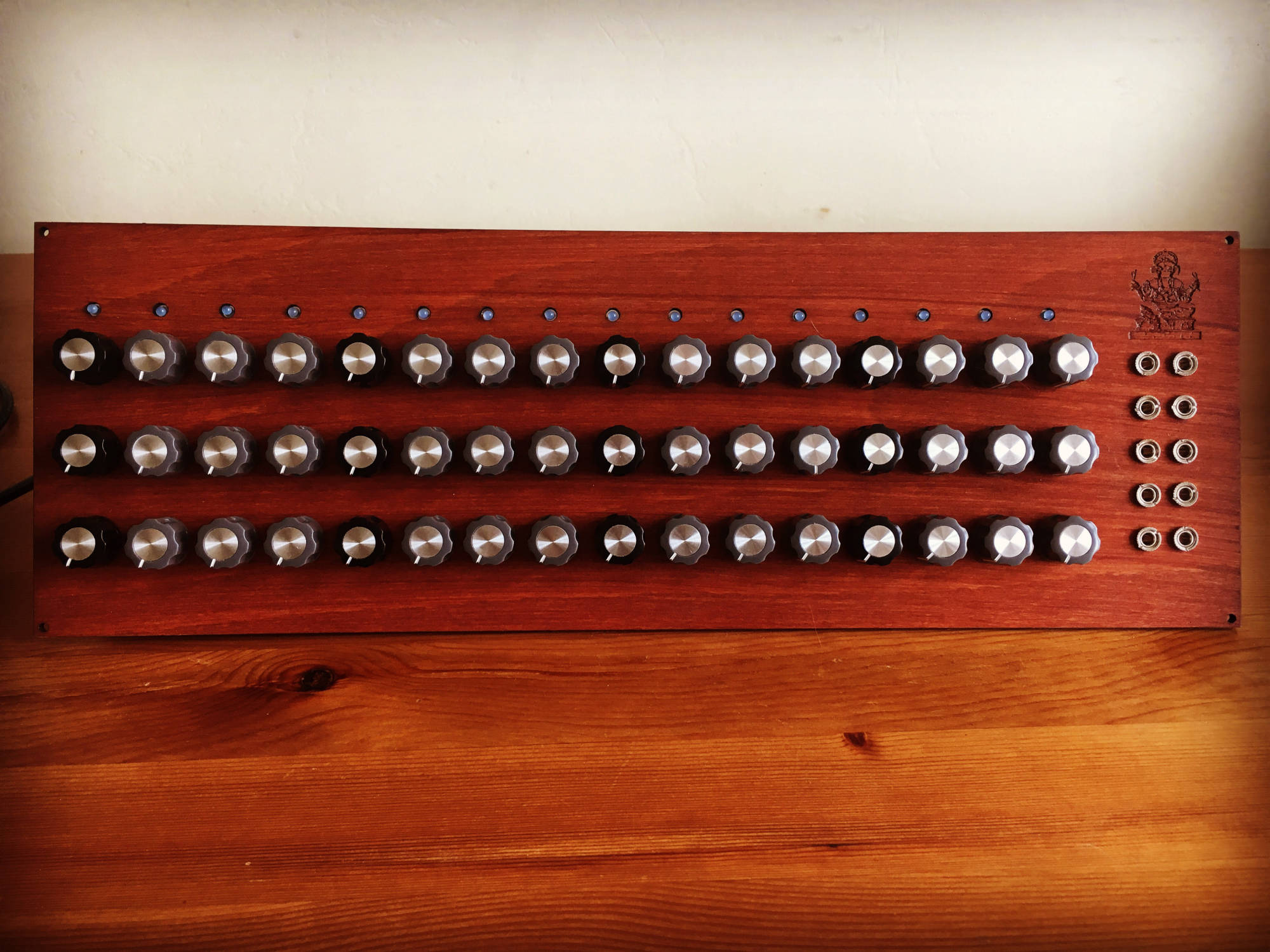 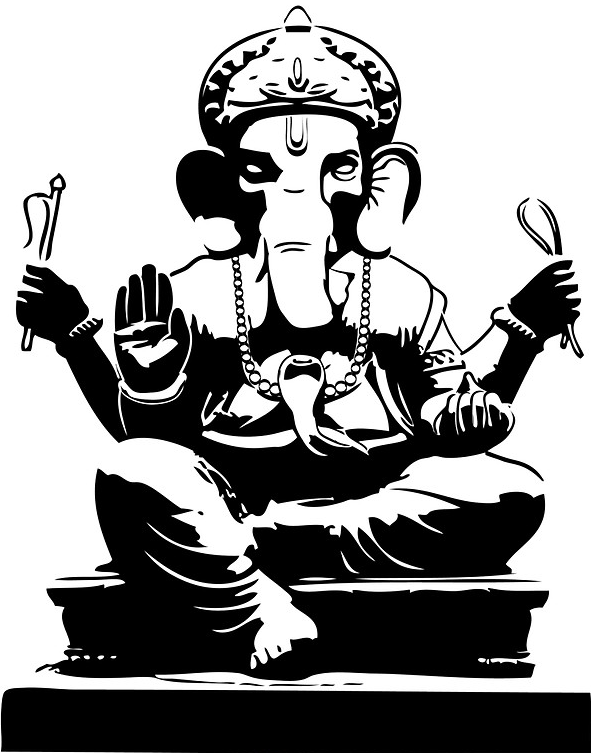 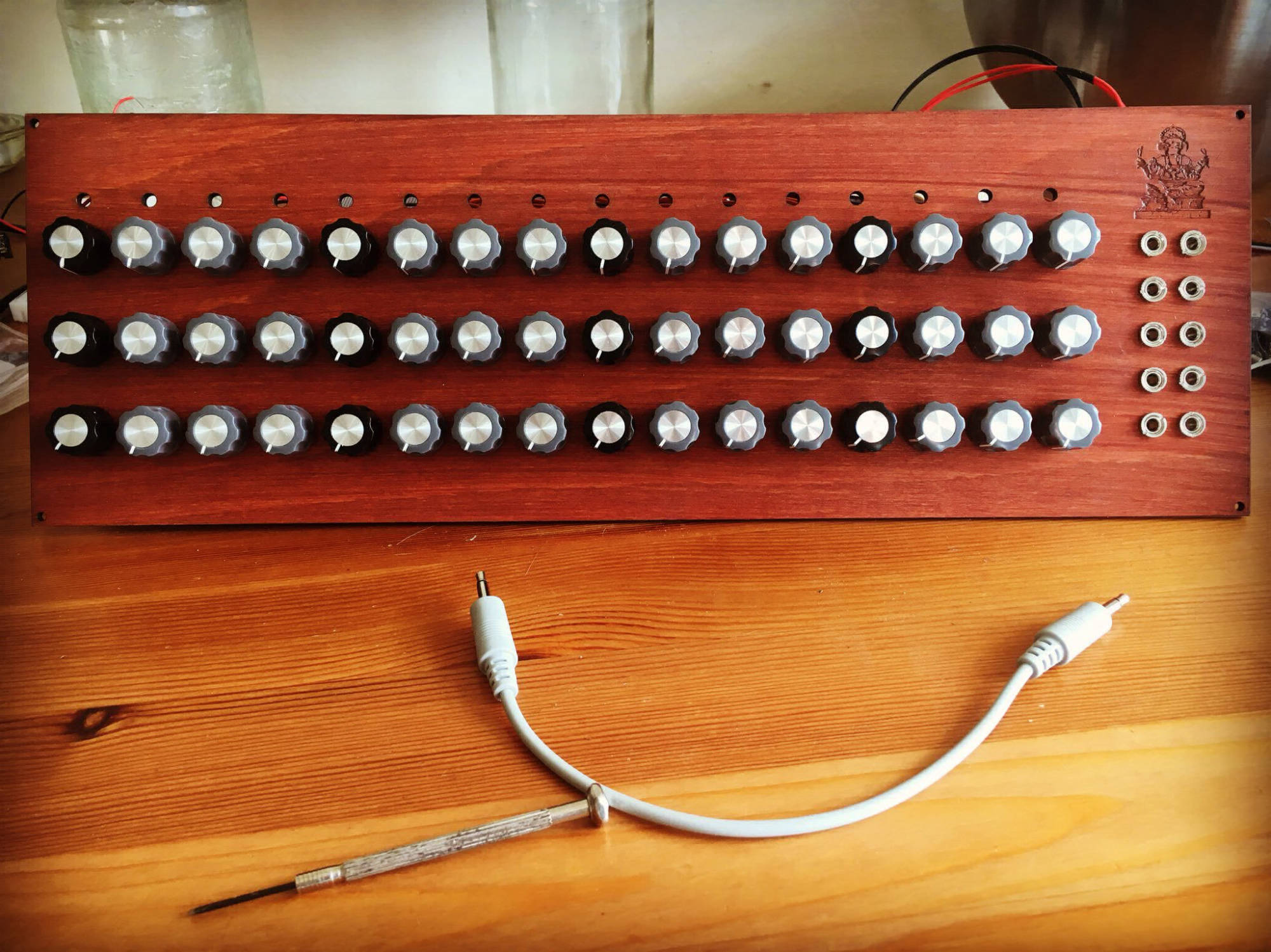 Create your own site with Mobirise